The CBD and hemp market is still depressed, but new regulations could actually help the industry, a local CBD producer says.

Garrett Bain, president of EcoGen Biosciences, said new rules from the U.S. Department of Agriculture are providing clarity for farmers and potential regulation by the Food and Drug Administration could open up the industry to larger retailers.

“With the USDA final rule for hemp coming down, I think that created a little more breathing room for farmers,” Bain said. “Now processors and retail brands are essentially waiting for guidance from the FDA in order to understand how we’re going to regulate these products for retail.”

Bain said the USDA’s final rule was published in January and established guidelines for growers and also provided ways for growers to still get value out of their crop if it contains too much THC, the chemical in marijuana that produces the “high” feeling.

“It has a pathway for noncompliant crop material,” Bain said. “So, if the farmer wasn’t able to harvest in time before the THC crept above the 0.3% limit, this gives them a pathway to apply and put in a remediation plan so that they can convert that crop from a non compliant to compliant crop and monetize it.”

He said the rules also raise the percentage of THC that would lead to criminal negligence charges. Previously, if a crop tested above 0.5% THC the farmer could be charged.

Under the new rules it increases the threshold to 1%.

“At least having the limit at 1% will allow these farmers a little breathing room and give them the comfort that they won’t be charged criminally for a crop that they collect over the 0.3%,” Bain said.

One rule the industry was concerned about has also been delayed for a year, Bain said. The requirement that all labs be approved by the Drug Enforcement Agency has been pushed back to give third party labs more time to gain that accreditation.

“They delayed the DEA approved lab requirement, which they were looking for all third party testing to be DEA compliant and they pushed that back to 2022,” Bain said. “It’s definitely a positive thing to have these labs DEA compliant. It’s just going to take time for them all to get the accreditation.”

While new regulations can cause concern, Bain said he thought waiting too long to bring the industry under a federal regulatory framework would have a negative effect. By being federally regulated, Bain said larger retailers like Walmart or Amazon would be able to enter the industry. He said ultimately he hopes the FDA regulates CBD products as a dietary supplement and food product.

“I think regulation is going to put the industry in line with every other industry out there that sells into the dietary supplement and food market,” Bain said. “It will create trust with consumers. Right now it’s still a little bit like the wild west.”

Prices for hemp have remained low, Bain said, following an over abundance of production in 2019. However, he said he expects the market to correct again over the next year and for prices to rise. He said so far demand is up in 2021.

“There is still a lot of biomass out there,” Bain said. “There is more biomass and intermediary than there is customers at the moment. So I think you’re still seeing an artificially depressed marketplace as far as pricing is concerned.”

Despite the current market conditions, Bain said he thought the industry is heading in the right direction. He said EcoGen has been able to hire a few new employees this year and that it has consolidated its production in its Delta facility, though it is maintaining its greenhouse operation in Palisade and farm in Mack.

“Right now we’re producing at capacity and we’re selling everything we can possibly produce,” Bain said. “We’re really excited to attack the market here in 2021 and we look to make some improvements that will allow us to grow the brand and the business.” 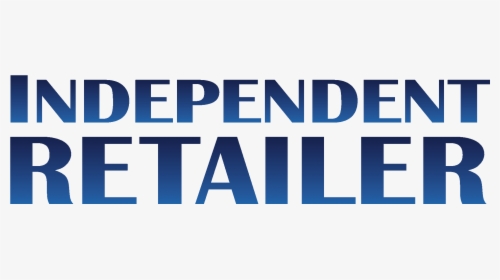