McQuillan, the vice president of sales and marketing for EcoGen Biosciences, discusses the importance of ‘diversity of thought,’ how minorities can break into the space, and how companies can begin targeting a more diverse audience.

Over the past decade, diversity has become a buzzword that companies across industries are aiming to target and achieve. But what does this mean, and how can it be accomplished? In the cannabis industry, this has taken the form of governments promoting social equity programming that prioritizes minority ownership of businesses to address the fallout from the war on drugs. For the hemp and CBD industries, though, this initiative has not been as clear-cut, nor as targeted.

Here, Hemp Grower spoke with Andrei McQuillan, the vice president of EcoGen Biosciences, on what companies in this space can begin to do to achieve diversity and social equity within the industry.

Theresa Bennett (TB): I know you’ve given several presentations on social equity and diversity in the hemp and CBD industries. Does it seem like this is something hemp companies are trying to prioritize?

Andrei McQuillan (AM): I don’t think so. It’s interesting—we see more prioritization of social equity, programming, diversity, inclusion, at least superficially, within the THC-marijuana business. In the hemp and CBD business, not as much. Something I’m passionate about is to have more of that within my space, which is hemp and CBD.

You see in the THC-marijuana industry, which is very different from the hemp and CBD industry, much more focus being put into social equity programming and inclusion. We don’t have that kind of programming and that kind of emphasis in the CBD-hemp business. Also, [hemp] businesses, though they might be larger or more profitable or more revenue-driving at this point, and certainly further along with regulation, are much more of a newer business than the marijuana and THC business. So, everything in the hemp-CBD business is really—I use the metaphor that we’re building the plane as it’s taking off.

It also stems from the audience. The CBD-hemp audience is more of a wellness, dietary supplement, natural products audience, which means that the products we’re selling to end consumers are more expensive. By virtue of that, the end consumer is a little less diverse than in the marijuana-THC business, where the end consumer has some pretty deep roots in, for example, the African-American community and the Latin-Hispanic community.

TB: Do you have any ideas for how hemp and CBD businesses can begin to both incorporate more diversity within their company and market toward a more diverse population?

AM: As with any industry, it’s very important to start with perception. Something I talk about a lot is ‘diversity of thought.’ Diversity and inclusion are two words that are very commonly and maybe overused right now, so I’d rather say diversity of thought, meaning how one perceives people of different cultures, races, creeds, religions, genders—all those things.

The underlying concept there is leadership, and how people like myself can achieve and attain positions of leadership within this space, and then bring in others that are similar—people of similar cultural, ethnic, diverse backgrounds, and then build within organizations to create that better diversity of thought. For me, it starts with [leading] teams. I lead a sales team, I lead a marketing team. I try to set an example. I try to be better. I try to work harder and try to achieve more or put in extra effort. I think a lot of people of color that have had similar experiences will say that is necessary. To achieve, you have to do that little bit of extra, but by doing that, you can change people’s perceptions, and then you can change perceptions organizationally.

Also, there’s a lot of programming that can be done, like some of the stuff that’s being done in the THC-marijuana business, to outreach to various communities. I’ve got a couple things I’m working on—for example, we’re going to be donating a lot of seed to the North Dakota Turtle Mountain Chippewa Tribe. They’re an agricultural community, and they’re going to be creating CBD products. They’re also a community that has been plagued with all kinds of social problems, like alcoholism and addiction to opiates, and CBD can be a way for them to wean themselves off some of those products. They have also introduced me to some other tribes now, so I’m working now with the Winnebago Tribe of Nebraska, for example.

We’re also Americans and capitalists, right? So, if it can make money, it should be something that we try to do. And if it can also be a social equity program, that’s something that serves a dual purpose. For example, if I donate seeds to the Chippewa Tribe and help them with some of the knowledge that we have on how to grow those seeds, maybe even set up extraction facilities—down the road, someone’s going to need to make a finished good to create the products and the brands that they need or even extract for them, and that’s what we do. So, then it becomes business for us because we’re helping them create their finished goods [for] their white label or private label products, which is a service that we offer. So, it’s literally planting a seed and watching it grow into something that could be a good business in the future, but it’s also helping the community. There needs to be more of that within the space.

The more that companies can take leadership in promoting this perception, this diversity of thought, that’s how you’re going to start changing perception. This is ultimately about changing culture.

TB: So it sounds like this really needs to start from the top-down.

AM: It can be bottom-up too, but yeah, leadership is a good place to start because it’s harder to lead from the bottom. But someone who’s coming into an organization that may be from an underrepresented community or diverse background does have the ability to come in and lead and change by excelling and working harder and working their way up. It helps to have an organization that’s receptive to that and creates the pathways for you to do that.

Change within any organization is not ever easy, and it’s not ever a snap-of-the-finger kind of fix. Even with these programs that are very progressive and promoting diversity and social equity programming, it’s still pushing a giant boulder uphill. When you look at the major companies within the marijuana space, only 4% of them are owned by minorities, and then only 7% of the C-suite members of those companies are minorities or women. So, it’s a very, very small percentage, which is in line with most industries in America. So, there’s a lot that we have to do to change culture and be better throughout the hemp industry, throughout all industries. And it always starts with the individual. That’s the way a lot of people who have changed opinions in America have done it—through the actions of one person that then becomes a group and a movement, and then it becomes something that changes culture.

TB: Can you talk about some of the barriers that exist for getting more diverse populations into these leadership positions?

And then, as with any industry, finding qualified people who have the right knowledge of the space, which is relatively new, [is a challenge]. If you want to innovate in the hemp-CBD space, you have to know about the chemical conversions of isomers and things of that nature. The amount of minorities that have those kinds of degrees and those kinds of backgrounds are not as prevalent as in other communities.

And then, of course, as I was saying before, the end product is more expensive in the hemp-CBD space. There’s less representation of minorities or diverse communities that are going to be able to afford that kind of a good, so there’s going to be less interest in buying it, and then there’s going to be less interest in companies and organizations to try to engage that consumer or market towards that consumer. But I think that’s going to be changing really quickly. For example, at Kadenwood [which acquired EcoGen Biosciences in 2020], we’re bringing costs down because we’re truly vertical. So, our costs are less, and at some point, we’ll be able to affect the price on the shelf. 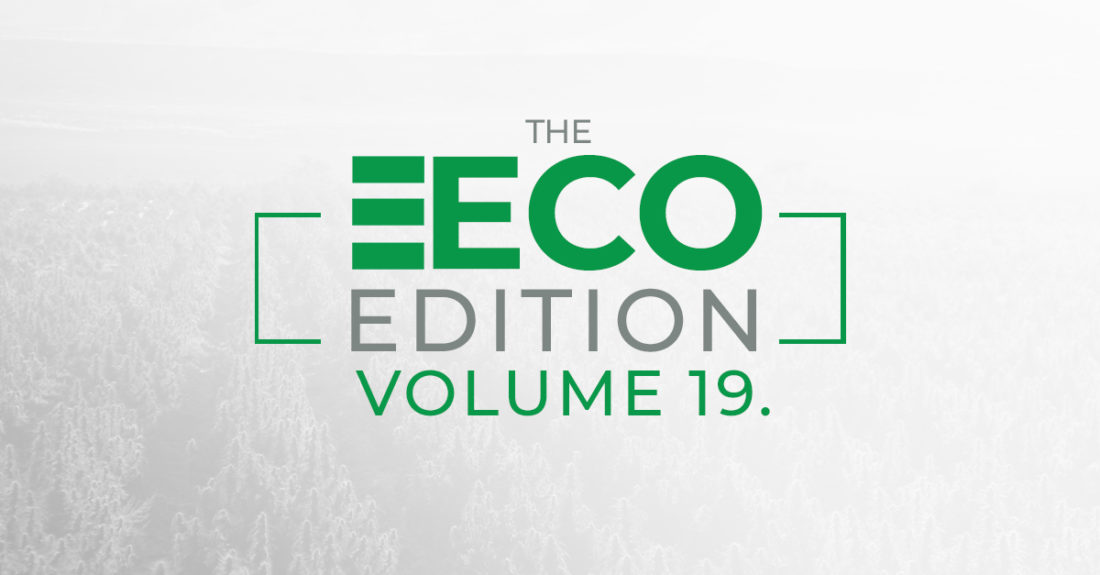 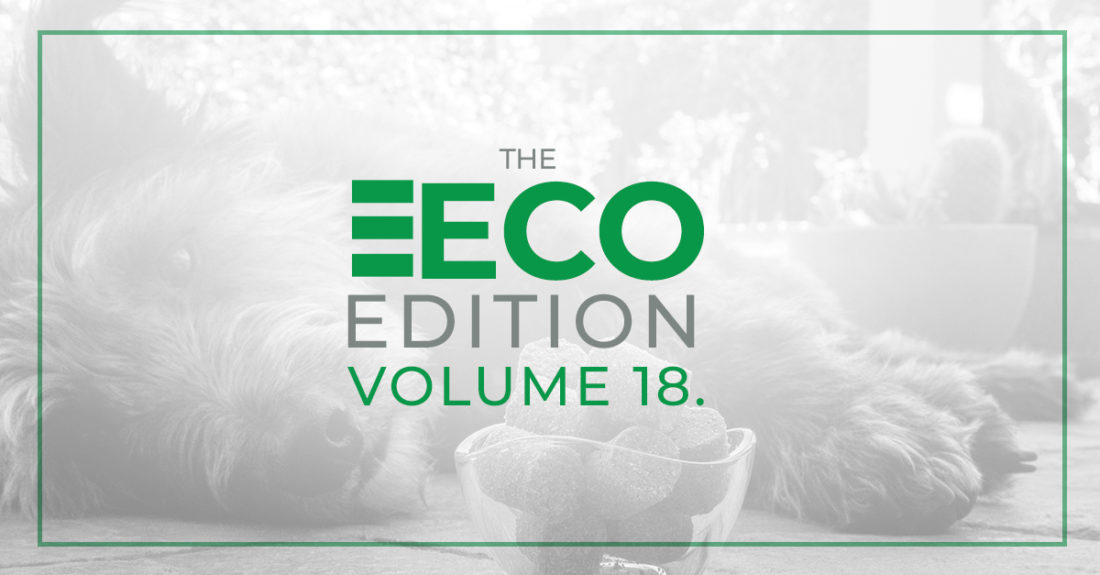 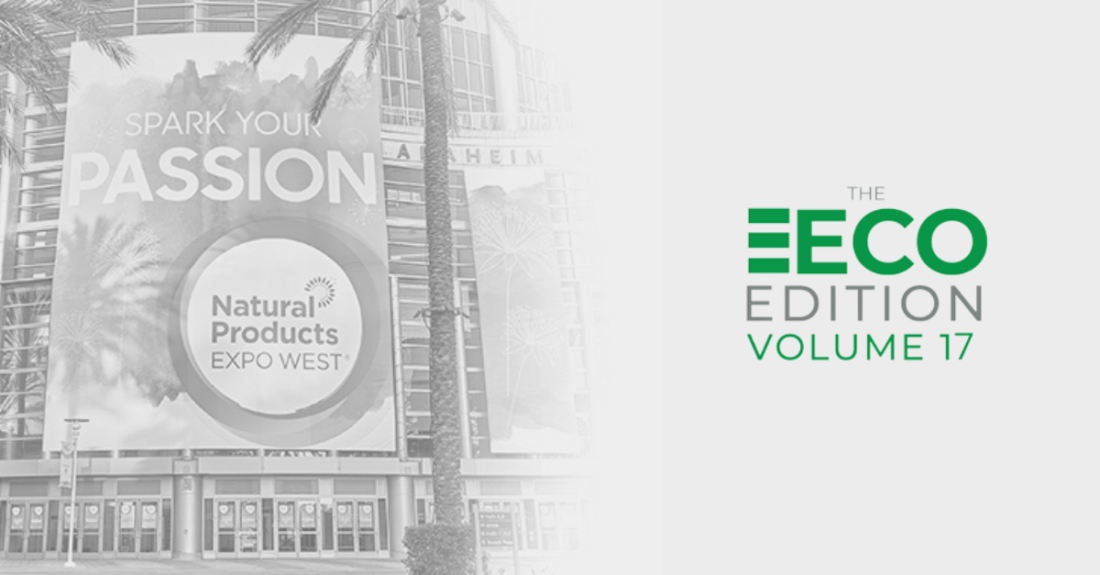 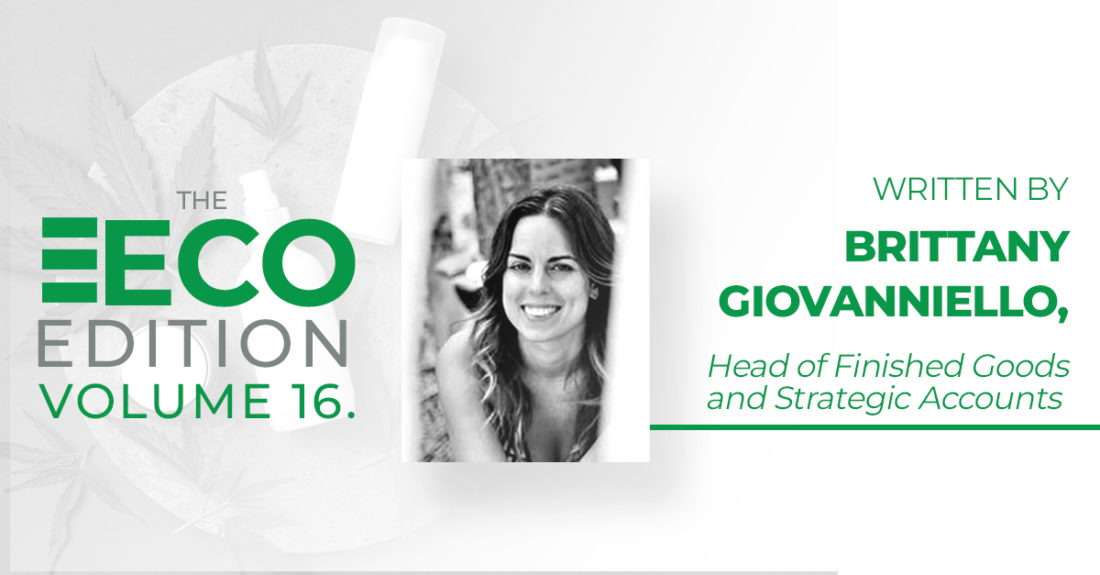 EcoEdition Volume 16: 10 Reasons You Should White Label Your CBD Products